Should I Lose Weight Before Building Muscle?

The answer is loose fat 1st.

Why Should I Lose Weight Before I Build Muscle?

If your overweight or obese.

The dietary and lifestyle choices you have made up to this point will negatively impact your muscle development.

Trying to build muscle at this point will be an uphill battle.

Your body is already resistant to the hormones at play in constructive metabolism.

Constructive metabolism is the stage of building and storing.

Your body does this to deal with the surplus in calories and insulin.

If you have built a resistance to it then building muscle will be unnecessarily hard at best.

Or impossible at worst.

The body will shuttle sugar to fat stores much faster. In preference to muscle and liver glycogen stores.

A huge negative. Not only if you desire to build muscle.

Why Your Fat is Stunting Your Muscle Growth

Here are a few mechanisms by which your body fat will be killing your results in the gym:

A high percentage of people who are overweight are in a state of diminished GSIS (glucose-sensitive insulin secretion).

Their body no longer knows how to deal with sugar safely.

It floods the body with excess insulin after food, especially carbohydrates.

This is the main reason why fat and obese individuals.

Should follow a Glycemic Index and Glycemic Load controlled diet.

With a total reduction in carbohydrates.

It protects all stored metabolites including amino acids.

This is great for building muscle. We want insulin around when our goal is to build muscle.

But if you do not respect insulin with wise dietary decisions around high sugar carbs.

You will quickly build resistance to insulin.

This resistance will mean more inflammation.

Due to the increased need to produce more insulin.

GLUT-4 is the primary transporter of glucose into the cell. Higher levels of insulin resistance.

Will also mean nutrients such as amino acids. Which bind to transportation hormones such as GLUT-4.

Will no longer be able to deliver these nutrients into the cell effectively.

If you are obese then these two fat hormones can easily become confused.

They can send messages that you are starving when in fact the opposite is true.

Obesity can become a vicious cycle.

You need more of these hormones not less. (Natural testosterone).

The more fat you have the less testosterone you may have.

The reverse is true for women.

With excessive weight gain brought on by poor lifestyle and dietary habits.

This will wreak havoc on a woman body.

As well as non-restriction of insulin spiking sugar-rich foods.

This yo-yo effect can have a medium to long term negative consequences.

It can make the whole process of losing fat, slower and harder.

In effect, your metabolism has taken a beating from all the excess and sugar-rich foods.

You will need to 1st change the signals in the body.

You may need a short time of hyper (greater) calorific dieting.

To reset the body’s overall signal and enter a constructive metabolism.

This will restore homeostasis before entering a destructive metabolism (dieting).

Often referred to as reverse dieting.

Depending on whether you now plan on cutting.

Or perhaps you have already been cutting.

And this article reaffirmed the belief that you are lean enough to start a focused ‘bulking’ ‘building’ stage.

The next section will be important to you no matter what.

The concept of reverse dieting is simple.

Whether you have been living in a hyper or hypo calorific state your body will be sensitive to the other end of the spectrum. Click To Tweet

So if you have been living in indulgence.

Not monitoring your calories and spiking insulin constantly.

Reversing direction to the other end of the spectrum will be a welcome change and the body will embrace it.

The best example is that of thyroid glands.

As you begin to cut calories and enter a hypo-calorific diet.

Your body will start to down-regulate the fat burning hormones.

It does this to offset the eventual outcome that will be starvation.

This will allow for the down-regulated hormones.

To start returning back to homeostatic levels.

This is commonly referred to as a: “Re-feed”.

When dieting down, it is important to include and plan for periods of rest on the system.

This is best incorporated when fat loss has reached a plateau.

Another time to potentially introduce a re-feed is when the body has been overstressed. Click To Tweet

Allowing the bodies systems to shift from a destructive metabolism. To a constructive one. Will allow some respite.

Re-feeding is a topic that deserves its own article.

How Long Should You Spend Cutting?

There are other factors to consider and worth noting.

The time frame you spend losing fat and the initial starting fat % play a role in the time you should spend cutting.

When you spend too long in one state of metabolism (constructive or destructive). Your body will adapt. Click To Tweet

Adaptive thermogenesis will result in a decrease in TDEE (Total Daily Energy Expenditure).

And a reduction in NEAT (Non-Exercise Activity Thermogenesis).

This is an evolutionary protective mechanism to combat starvation.

What Is Your Current Body Fat Percentage?

Unless you have access to some kind of specific measuring devices such as a bod pod or similar.

You could also take measurements with calipers and a tape.

Rather than getting an estimated body fat percentage.

Trying to measure your total body fat percentage will be inaccurate.

Instead, focus on obtaining skin folds and tape measurements and monitoring these instead.

In my own humble opinion.

I recommend that if you can’t see your abs at all.

Its time to turn the table and sit down and map at out some goals.

Write down exactly what you want to achieve.

Then practice visualizing this outcome every day.

Read out your goal in the morning and evening.

Do this and it will start allowing it to happen. 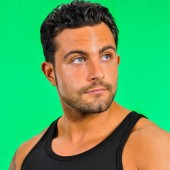 I ask way too many questions so I am always running in and out of rabbit holes. When you start asking 'Why?' More then twice, to most, so called exercise professionals. You will see why I am revolting against conventional exercise wisdom.

We use cookies on this site to optimize site functionality and give you the best possible experience. By using this site, you accept our use of cookies. Learn more learn more